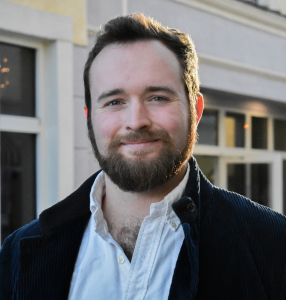 Kenyon Burnham has been with KDM Development since 2018 when he joined after completing his degree at the University of Rochester. Prior to joining KDM full-time, Mr. Burnham “worked summers” for the company in several roles across the development and management arms of KDM. Now a principal at the firm, Kenyon is responsible for leading KDM’s New Construction Ventures across the Southeastern United States, with a focus on the Raleigh-Durham Triangle Region of North Carolina.

Presently, Kenyon and his team are at the helm of one of the largest Multifamily Pipelines in the Triangle with roughly $500M in product in various stages of the process. Last year, he led the disposition of the Luxury Apartments at Foxwood, a 460-unit multifamily project developed and self-funded by KDM. At the time of sale, KDM set a Triangle record for purchase price on a single-use MF asset at $126M.

Kenyon brings a variety of backgrounds to the table from Financial Analysis to Property, Construction, and Entitlements Management. He is an active golfer and avid fan of the Buffalo Bills. He also played four years of Varsity Football at Right Tackle for the University of Rochester alongside his colleague, Peter Crossett. 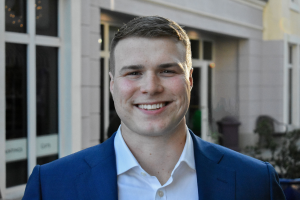 Prior to KDM, Mr. Crossett worked at Whitehall & Company, an investment bank that offers direct investments into North American infrastructure assets. During his tenure at Whitehall, Mr. Crossett was an integral part of both the capital markets and investment banking team. He concentrated on capital raises that included various financial products including senior debt, junior capital, and common equity.

Mr. Crossett was a key deal team member that completed the CPV Three Rivers transaction in August 2020; a $1.3 billion, 1,258 MW greenfield combined-cycle gas turbine located southwest of Chicago. Mr. Crossett also worked at First Derivatives as a Capital Markets Consultant before joining Whitehall. Mr. Crossett graduated from the University of Rochester in 2018 with a Bachelor’s Degree in Financial Economics. At the University of Rochester, he played Defensive End and Linebacker for the Varsity Football team alongside his colleague, Kenyon Burnham. 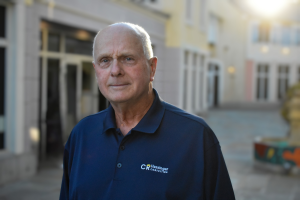 Charles Hassinger joined KDM as its Head of Construction, offering consulting services in 2016. At KDM, Mr. Hassinger has a wide variety of responsibilities including advising the development team on land purchases, assisting design teams through the land entitlement process, coordinating civil and architectural groups in their planning processes, billing, and overall project management for the construction of all KDM projects. Mr. Hassinger has over 50 years experience in the construction business and an exceptionally wide network with a focus in the Triangle market.

Since 2009, he has owned and operated a construction consultant business working on commercial, multifamily residential, and single-family residential projects. He has also advised a national restaurant chain on dozens of projects across 13 states. Prior to opening his consulting business, Mr. Hassinger owned and operated a site work general contracting company for 38 years located in Raleigh, building roughly $1B in Real Estate in that time. He also leads KDM’s Site Contracting on all grading and horizontal infrastructure installation.

He received a degree in Construction Management from East Carolina University in 1972. He is an avid outdoorsman when not on a construction site and spends a lot of his time fishing, golfing, or flying planes.